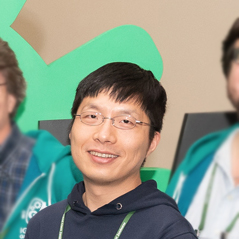 Liang oversee the daily operations of TSI, including but not limited to courses surveys, alumni gatherings, fireside chats, etc.

Liang is teaching the following courses in Fudan University: Introduction to Biology, Essential Cell Biology, Principles in Cell Biology, Modern Microscopy in Cell Biology, Advanced Topics in Organelle Biology. He uses the integrated course design to improve student learning. He is using active learning and blended learning approaches in all his courses. Since 2017, he became an Invited Researcher of Center for Faculty Development. 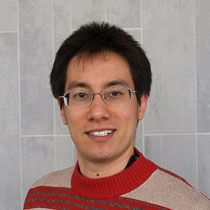 I earned my undergraduate degree from the University of Minnesota, majoring in biology. I had the great privilege of attending Yale for graduate school, where I received a Ph.D. in cell biology. There, I spent quite a bit of time working with the Yale Teaching Center and Bill Rando, dean of the Graduate School of Arts and Sciences. In 2012, I have been hired by Dongseo University (South Korea) as both professor and director of undergraduate studies of the Global Biotechnology Department. The following year, I was named an HHMI teaching fellow and the year after that, I was named a National Academy of Sciences teaching fellow through the Northstar Institute.

My main goal in life is to improve the lives of others through teaching. To me, there is no higher service. This is not an easy process, however, since it involves trying to understand the needs of both students and professors alike. My core teaching philosophy centers around a strong belief in the principles of active learning and scientific teaching. My major goals at Fudan are to propagate these two principles and create more effective and more enjoyable educational programs. (More in the video below.) 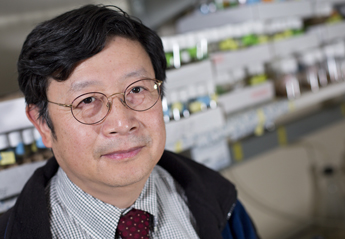 Prior of 2019, Dr. Xu was an HHMI investigator, professor, Vice Chairman of Genetics at Yale School of Medicine, and the director of the Mouse Functional Genome Project and director of the Fudan-Yale Biomedical Research Center at Fudan University. He is an undergraduate alumnus of Fudan Life Sciences.

Tian Xu decided to study genetics because he didn’t know what it was. He figured he’d earn a college placement at Fudan if he chose something obscure, especially since Fudan allocated student slots by subject. Thirty years later, he’s still studying genetics. “Because I had a lot of suffering early on, I would now like to help people,” says Xu, who has invented several important genetic methods for probing the causes of human disease. “It’s quite shocking.” he says. “Other than for a few diseases such as cancer, almost no other major [disease] genes are known.”

Dr. Xu won a World Bank fellowship to study in the United States. However, after he arrived in New York City, something unexpected happened. … After knocking on the door of nearly every genetics professor in town and finding no one suitable to work with, Dr. Xu scraped up enough money to buy a train ticket to New Haven — and Yale. There he met Dr. Artavanis-Tsakonas. Dr. Artavanis-Tsakonas figured if Xu could cook he could do molecular biology and offered him a place in the lab. By 1990, Xu had finished his Ph.D and joined the faculty there (after rejecting nine other offers …